"Salt makes everything taste worse when it isn't added to food."

Popular salt is one of "unhealthy" foods like saturated fats.

The government has warned us about it for decades and has used a great resource to warn us of its dangers.

The reason they do so is because they believe that sodium in salt is the cause of high blood pressure, a common risk factor for heart disease and stroke.

These are the two most fatal diseases in middle and high-income countries.

Major medical organizations around the world also recommend that we cut sodium:

You will notice the unity of these organizations about the amount of sodium you should eat every day. They direct us to eat less than 1500mg per day and not exceed 2300mg / day.

But remember, salt contains both sodium and chloride. In it sodium only accounts for about 40% of the weight of salt, so you can actually eat salt 2.5 times more than sodium.

And in fact, most people often eat more sodium than this. The amount of sodium can be up to 3400mg, mostly from processed foods.

If health organizations have recommended, we must also seriously change in food choices, read labels and actively limit sodium intake in our meals.

Health organizations often have multiple monitoring records on the sodium use of many subjects, and the results show that sodium is really bad. Studies also suggest that reducing sodium intake actually helps improve health significantly.

What is Sodium And Why Should We Care?

Sodium is an important electrolyte in the body. Many foods contain a small amount of natural sodium, but most of the sodium in the diet comes from salt.

It is also an electrically charged molecule, and together with potassium helps maintain electricity levels across cell membranes, which are important for neurotransmission, muscle contraction, and various functions.

Your body will not work without sodium.

The more sodium in the blood, the more water the body accumulates, and that is why sodium is thought to cause hypertension (But it actually only causes mild hypertension).

If blood pressure is high, the heart must work harder to push blood throughout the body, causing stress on different arteries and organs.

High blood pressure is a major risk factor for many serious illnesses, such as heart disease, stroke and kidney failure.

Although lowering sodium can lower blood pressure, but the effect is not as strong as you think.

The above index is only an average, each person is able to reduce at different levels, some people have little or no effect. Therefore, the result of lowering blood pressure of sodium depends on each person.

Doctors and nutritionists recommend that we cut sodium because they believe it will reduce the risk of serious diseases.

However, blood pressure is only a risk factor, not necessarily a cause of disease.

Therefore, even if you have reduced this risk factor, it does not mean that your body will automatically reduce the risk of disease.

When examining the effect of sodium on disease, there is no statistic about its significant effect on disease.

The results of seven randomized controlled trials also claimed that there was no effect on death and cardiovascular disease, even in those diagnosed with high blood pressure.

Other studies also confirm this. They also confirmed that sodium is not beneficial in preventing heart disease or death.

Too Little Sodium Can Seriously Harm The Body

In the past, health organizations have given us a lot of bad advice such as cutting saturated fat because it is not healthy, eating 59-60% of calories is carbohydrate, and now is sodium.

The reduction of sodium seems to be useless for the majority of the population, even excessive sodium reduction can cause serious health damage.

Many studies show that limiting salt causes adverse health effects such as:

Blood sodium reduction : For athletes, a low amount of sodium can cause hyponatremia, sodium deficiency. This situation is very dangerous and directly affects the overall health.

The Importance Of Other Factors

There are many factors that can affect blood pressure with much greater intensity than sodium.

Some of them include minerals like magnesium, and potassium. These two minerals your body will receive when you eat a lot of animals and plants.

A low-carb diet also lowers insulin levels, causing the kidneys to excrete excess sodium from the body. Low-carb diets are a great way to lower blood pressure and improve health.

Besides, regular exercise is also a great way to lower your blood pressure and improve your health in a positive way.

So, it seems quite absurd when you just blindly focus on removing sodium, while there are many other factors that are more powerful.

How Much sodium should one eat best?

If you have health problems that your doctor recommends limiting salt, you should follow your doctor's advice.

For healthy people, do not focus too much on sodium reduction. Too little or too much sodium is harmful to the body, so you should maintain sodium at an appropriate level.

You should also be aware that, if you are maintaining a low-carb diet, the amount of sodium you need to consume must be increased.

To recharge natural sodium, it is best to consume unrefined salts such as sea salt and pink salt salt. These salts also contain many different important micronutrients. 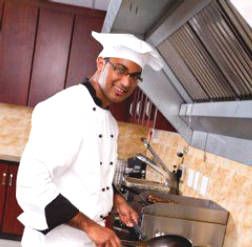 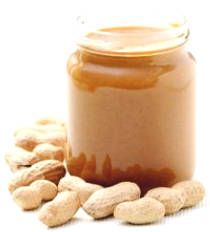 Is peanut butter really good for your health? I personally love both peanut butter and hate. I like its taste. It gives me a great experience as soon as I put it in my mouth. But I don't like the signal that it gives. It made me not know when I had eaten enough and should stop like other foods

Diet And Nutrition Club
—
Serious Myths about Salt and How Much sodium should be eaten ...
Share this