Foods That Are "Good" Is It Really Good?

Many people still think that soy is really good for health, but what about the truth? Why do people always believe soy is a good product for health:

First, I want the Please pay a little attention to the secrets behind soy beans, making soy always thought to be a healthy product in the subconscious of many people.

Years ago, coconut oil or palm oil was used very popular in the food processing industry. However, this is not maintained until today in the United States. The reason is simply because the climate in the US today is not qualified for tropical plants to grow.

In order to stimulate finance, US industries have planned to replace tropical-oil-producing oils to those that can be grown on farms such as corn oil or mainly soybean oil. .

And most importantly, soybean oil has always been hailed as a healthy food in most product promotion campaigns. So The information I share may surprise you or will assume that fabricated with many people especially vegetarians, because in the diets of vegetarians, soy is often the main source of protein.

After careful research and research efforts, I realized that soy is really bad for your health, except fermented soybeans.

Only New Fermented Soybeans Good For Your Health

Natto are cooked boiled soybeans that are incubated with Enzyme (Bacillus natto) in a 40 ° C environment for 14-18 hours to ferment into beans with brown color, high viscosity, and strong odor. bear with unfamiliar people. Natto contains many healthy nutrients such as vitamin K or vitamin D . Vitamins K and D are two very beneficial vitamins to help strengthen bones, limit cardiovascular diseases and cancer.

Natto is the food that contains the highest content of vitamin K2 in all foods.

Besides, Miso and Tempeh are fermented soybeans that do not contain vitamin K2 but contain many good health benefits.

Soy beans after fermentation will be very good for health, breaking goitrogen (goitrogen is a inhibitor of thyroid function), Isoflavones (Isoflavones contain a layer of organic substances) and other toxic substances in beans soy

Tofu is not a fermented soy food, so you should also limit your intake if you really want to be good for your health.

However, it is not advisable to eat too much of fermented soy foods because these foods still contain organic layers such as isoflavones.

What Kinds Of Soybeans Are Not Fermented?

The main reason why we should not use unfermented soy products is due Most soybeans imported from the US are genetically modified products.

Have you ever thought about how these foods will affect future generations?

Recent studies have also shown that health problems don't even happen to people who directly use genetic modification products. However, you can anticipate the unintended consequences for your generation and your grandchildren.

I recently had an exchange with a Russian scientist, in his research that showed that Genetically modified soy products often directly affect the 3rd generation.

In his study, there were 4 groups of mice, one group of rats fed a normal diet, completely soy-free, the second group fed non-GM soybeans and the third group consumed soybeans. The gene and the last group ate a diet with more genetically modified soybeans than normal soybeans. Using genetically modified soybeans continued for the second generation of the upper mice for two years, and during that time scientists will conduct a third generation evaluation.

However the worst thing that happens here is Most mice in the 3rd generation are infertile. The only mouse that produced 16 pups but one fifth of the mice was dead.

One of the terrible effects of genetically modified soybeans is to cause a very strange phenomenon that is rarely encountered, which is the case where the hair grows inside the animal's mouth.

Soybeans are not the only genetically modified food to avoid.

If you can find organic soybeans, you are still at risk of facing some of the following concerns:

Soybeans contain some substances that are harmful to your health such as:

Another type of food to avoid is soy milk . Some people have a habit of using soy milk instead of animal milk. Soy milk is the main cause of diseases such as thyroid dysfunction or hypothyroidism in American women.

If you are a woman with signs of hypothyroidism and daily use of soy milk, there are many possibilities that this is the cause of your worse condition. So you need to stop drinking soy milk right away.

Isoflavones are a type of plant sex hormones, a substance recommended by many soy milk producers to restore the menopause estrogen levels of women, but there is no specific evidence yet. Which shows its true effect.

Usually, most of us tolerate estrogen compounds too much and have lower testosterone levels, so you need to limit the use of foods containing female sex hormones.

More importantly, some studies show that, The amount of Isoflavones is also a risk of infertility, endocrine disorders, causing breast cancer.

Drinking two glasses of soy milk a day for a month can produce substances that disrupt your menstrual cycle. Although the FDA (US Food and Drug Administration) has warned about the amount of estrogen in food, there is no warning for soy.

Phytic acid will combine with heavy metals to prevent absorption of minerals including calcium, magnesium, iron and zinc. . These are very important trace elements for the body. This is a problem for vegetarians because when we eat meat, the state of not absorbing minerals will be limited.

Sometimes this will be especially beneficial for menopausal women and most men in adulthood due to their excessive iron intake are potential risks of oxidizing and stressful substances. But the problem here is that phytic acid does not have the ability to select and inhibit its ability to absorb iron, This acid will inhibit the ability to absorb all types of substances and cause mineral deficiencies in vegetarians.

Soy is the highest phytate content of any cereal or other legumes. This amount of acid cannot be lost or reduced during processing. Only undergoing fermentation, this acid can be reduced.

As mentioned before, Tofu is not a yeast food, so this is a food to avoid.

You should also Avoid soy protein products or soy protein powders which are often ingredients in many protein drinks in bars . Protein protein powder is not a natural compound. The manufacturing process takes place in industrial plants by mixing a lot of soy beans with lye to remove fiber and then use an acid to remove impurities and separate the pot. Finally, another alkaline solution will be used to neutralize the product.

The acid solution used in aluminum containers causes aluminum to leak and seep into the product.

Another popular product from soy is Soybean oil.

More than 95% of Americans often use processed products containing soy oil. Soybean oil contains high levels of omega-6, a compound that causes oxidation. However, if your body needs to provide omega-6, soybean oil is also not the best source because it has undergone a process of processing at high temperatures and has been refined, so it is very dangerous.

Eating too many ready-to-eat foods, especially soy-rich foods, is responsible for the imbalance of omega-3 and omega-6, thereby causing injuries and causing many serious illnesses. dangerous.

Other dangerous soy products such as:

Perhaps the most dangerous soy product is soy milk for children.

I always advise mothers to breastfeed their babies for at least the first 6 months of life. Breast milk is always a valuable source of food, ensuring sufficient quality and health for babies. Doctors at the American Institute of Newborns also recommend that mothers should breastfeed completely in breast milk for the first 6 months.

However, for some reason, the mother has replaced breast milk with some other types of milk, and this is very dangerous.

Most types of external milk pose potential risks for children due to inadequate supply of nutrients (In breast milk contains more than 400 different types of nutrients that no milk can have) along with excessive sugar and toxins.

However, some children are often allergic to these types of formula and so their parents often assume that soy milk is the best choice.

Reality show, Soy milk is worse than powdered milk because the amount of female sex hormones is too much in milk. This affects the genitals in girls as well as their ability to reproduce later.

Therefore, breast-feed your baby and advise other pregnant women not to use soy milk instead of breast milk!

Share this article with your relatives and friends to help them avoid unnecessary health problems. 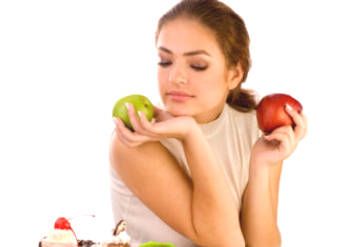 Eating properly Carbs can still reduce weight Eat More Carbs Does Weight Gain? You are often told not to eat too many carbs even if you love it because it is not beneficial 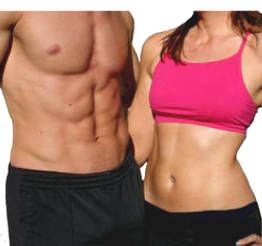 Simple measures to get Are you feeling distressed and don't know what to do because your belly fat is too big and you don't change it? The glossy ads persuade you that your

Diet And Nutrition Club
—
The "Good" Foods For Health Will Be Really ...
Share this